Many people are familiar with Murphy’s Law: “Anything that can go wrong will go wrong.” This adage can also hold true for finances. According to the 2012 National Financial Capability Study by FINRA, almost 40% of Americans could not come up with $2,000 if an unexpected need arose! What was also shocking is that 60% of Americans did not have three months of emergency funds to access if they were out of a job. This means the majority of U.S. Households do have a buffer to survive if there were big emergencies. To compound things 40% also said they have too much debt. This lack of cushion helps explain why when a recession hits, we see many bankruptcies and foreclosures as we saw in The Great Recession. Losing a job means being unable to pay the bills, and with no emergency fund and too much debt, it can only lead to financial instability.  Because unexpected things occur in life, having an emergency fund is crucial as part of your financial strategy. 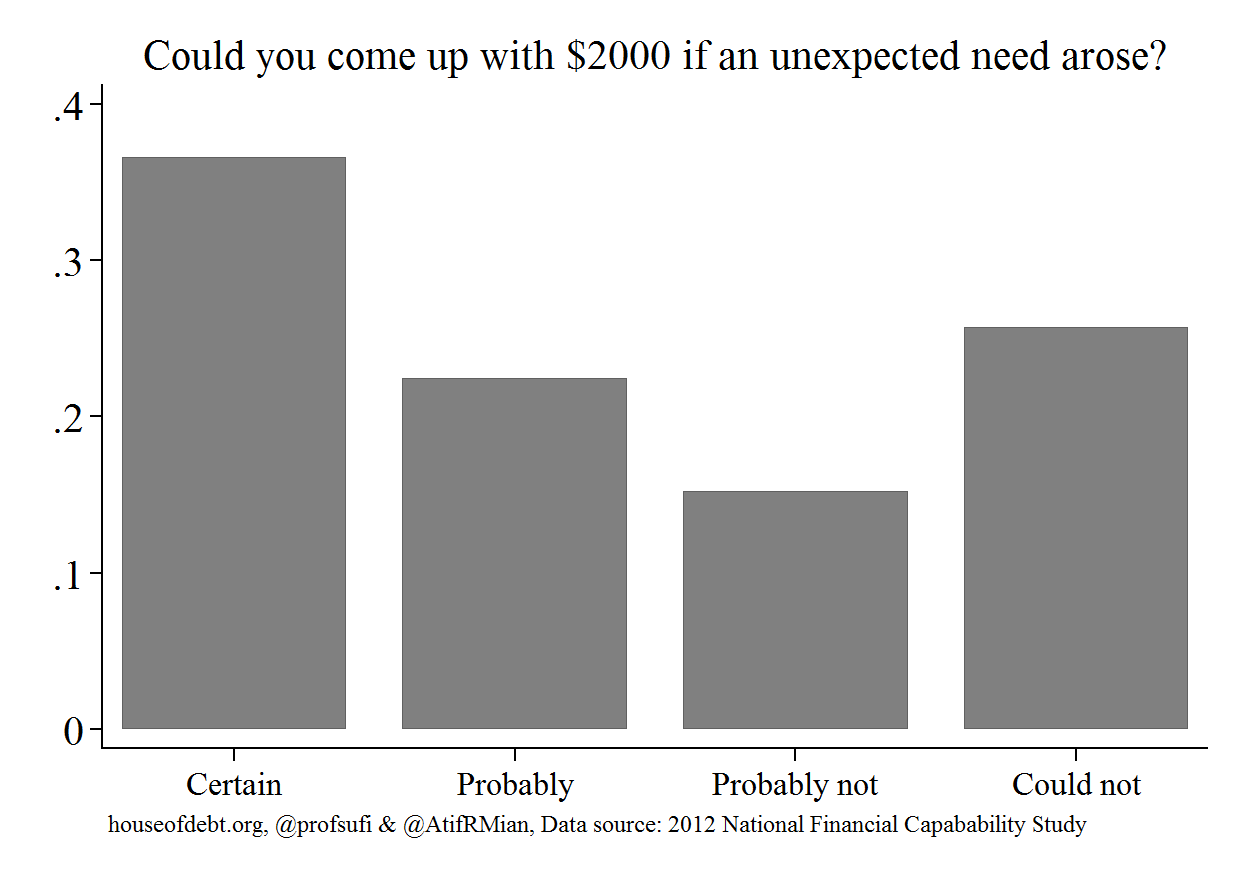 One strategy is to diversify a portion of the fund into CDs that pay a higher interest rate, but it may not be immediately accessible. Don’t put yourself in a situation, however, of having the bulk of your assets in an emergency fund. You want to get higher returns by diversifying into stock market and other alternative investments while keeping an adequate amount in the emergency fund.