What to Do After the Stock Market Drops

Seeing the recent market dips have been scary. We saw $1 trillion evaporate in a week with the Dow down 1900 points, or 11%, in just 6 trading days. How do we make sense of the market mayhem? What’s going on, and more importantly what should you do?

The volatility of the market stems from global growth concerns, primarily with China, the world’s second largest economy. China’s explosive growth the past two decades helped lift many countries. Many emerging markets like Brazil relied on China’s large demand for natural resources. 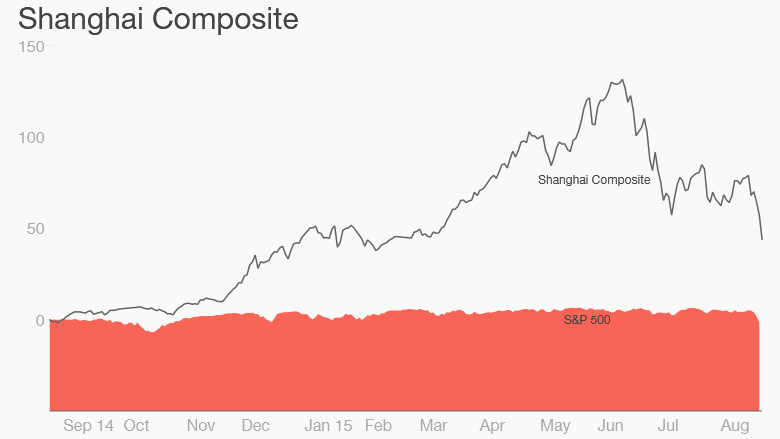 In addition, over the past year millions of middle-class Chinese poured money into Chinese stocks trying to make a quick buck even though company profits and economic growth was weak. This led to the Chinese stock bubble forming.

The Chinese stock market bubble popped on June 12 and the Shanghai index is down a whopping 42%. China moved in aggressively to control the crisis by artificially propping up shares. The government gave money to brokerages to buy stocks, ordered executives to not sell their shares, new company listings were suspended, short-selling was suspended, and interest rates were cut to a record low.

Even though only 1.5% of foreigners own Chinese shares, investors around the world became worried about the economic slowdown in China. The turbulence spread to Europe, and now to the U.S. The three major U.S. Stock Market Indices (Dow Jones, S&P 500, NASDAQ) have plunged into “correction territory” which is a 10% decline.

Although it is easy to focus on short-term fluctuations, when you look at the big picture, it isn’t as extreme as it may feel. This dip is nothing compared to the fantastic gains the market has seen in the past seven years. Since March 2009, the annual return of the S&P 500 is approximately 20%. The annual return over the past 50 years is 10%, which is more realistic.

The media uses the scary news headlines and red numbers to get attention, and of course fear sells! It can be hard to stay calm, but the best piece of advice is to sit tight, do nothing, and stay the course. Market drops are an expected, unavoidable part of investing. Even with the recent losses, stocks are only down about 2.5% for the year.

Many investors who stayed invested during the seven-year bull market saw their portfolio values double, which is rare. In each of the bull markets the past 40 years, the stock market has had a correction. Historically there has been a correction every 18 months and the last one we had was in 2011. If history is our guide, we were due for one!

Successful investing is investing for the long-term, so you want to stay that way. When you create a SMART investment portfolio, your asset allocation will already factor in short-term drops and take into account below market returns. If you needed the money soon, then you shouldn’t have been exposed too much to the correction, or you need to reallocate your investments.

For your long-term goals, having a calm heart and clear mind is how you can maximize your returns. Here is what to do after the stock market drops:

As the legendary investor Warren Buffett advices “The stock market is a device for transferring money from the impatient to the patient.” Make sure you are the patient one!

Financial Lessons From Broke Athletes and Celebrities – How They Lost it All!

Recently the famous rapper 50 Cent, whose birth name is Curtis Jackson III, filed for bankruptcy. After a few years of...